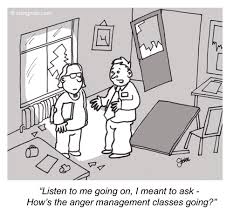 Note: I will not be doing this e-Torah column during the month of July. But of course the Torah does not stop during this time. I encourage you to continue reading and learning. For starters, check out “Ten Minutes of Torah” from the Union for Reform Judaism at www.urj.org
Posted by dan at 10:25 AM No comments: 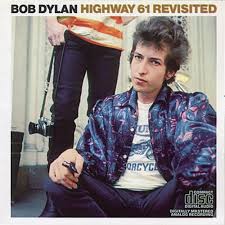 Last month marked the seventieth birthday of my favorite contemporary Jewish poet, prophet, and iconoclast—Bob Dylan. In honor of that occasion, Rolling Stone published a lengthy piece ranking Dylan’s seventy greatest songs. It is no surprise that “Like a Rolling Stone” tops the list; many music-lovers consider it the most powerful rock song ever recorded.

On the surface, “Like a Rolling Stone” is an acerbic put-down, delivered (with the classic Dylan sneer) to a high society hipster ex-girlfriend, an unsympathetic rock critic, and/or the legions of embittered folk fans who booed when Dylan “went electric.” However, on a deeper level, the song addresses a central theme drawn from Jewish tradition: the wilderness experience.

During these summer months, Jews around the world read from the book of Numbers, which is known in Hebrew as Bamidbar, or “In the Wilderness.” The text recounts how, for forty years, we wandered, without a map, cut off from our Egyptian past, yearning for the distant and elusive Promised Land. That journey—physical and spiritual—shaped us as a people and, in significant ways, still defines us today. And no one captures its emotional resonance better than Bob Dylan, when he asks: “How does it feel. . . to be on your own, with no direction home, a complete unknown, like a rolling stone?”

Talmud asks: “Why was Torah given in a wilderness?” and then answers, with a psychological and spiritual lesson, gleaned from the wilderness experience: Those who wish to learn Torah should emulate the terrain where it was given, by making themselves open and ownerless. To which Rabbi Lawrence Kushner adds: “In the wilderness, your possessions cannot surround you. Your preconceptions cannot protect you. Your logic cannot promise you the future. Your guilt can no longer place you safely in the past. You are left alone each day with an immediacy that astonishes, chasten, and exalts. You see the world as if for the first time.” Perhaps this kind of openness is the prerequisite for all real learning and personal growth. If we wish to move forward, it is important to break free of our hardened assumptions and let the world act upon us in new ways.

In the Hasidic tradition, this path of wilderness as a way of life is called bittul yesh—the dissolution of the ego. The premise is simple: in order to experience the sacred, we must get our selves, our egos, out of the way so that there can be room for God. As Dov Baer of Mezrich said: “The work of the pious is greater than the creation of the heavens and the earth. For while the creation of the heavens and the earth was making something from Nothing, the pious transform something back into Nothing.”

In other words, we experience the Holy One by stripping away ourselves. 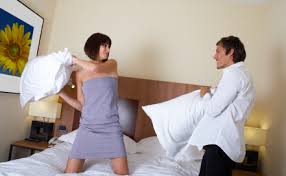 This week, consider: How do I conduct my disagreements, especially with those who are closest to me? How can we be more like Hillel and Shammai and less like Korach?
Posted by dan at 8:10 AM No comments:

From the time of his birth, at the beginning of the book of Exodus, until his death at the end of Deuteronomy, Moses is the Torah’s pre-eminent character. His relationship with both God and the people of Israel, throughout his forty years of leadership, is unparalleled. Thus he is known as Moshe Rabbeynu, Moses, our Teacher. Torah tells us that his prophetic wisdom and vision will never be equaled.

What was the source of Moses’ greatness? Of all his many virtues, this week’s portion, B’ha-alotecha, suggests that the most important is his humility. Thus the text teaches: “Moses was the most humble man on earth.” (Numbers 12:3)

Rabbi Lawrence Kushner comments on the connection between Moses’ extraordinary humility and his spiritual mastery. In his book, I’m God, You’re Not, Rabbi Kushner notes: “The goal of spiritual life is to get your ego out of the way—outwit the sucker; dissolve it; shoot it; kill it. Silence the incessant planning, organizing, running, manipulating, possessing, and processing that are the ineluctable redoubts of the ego. Not because these activities are bad or wrong or even narcissistic. . . but because they preclude an awareness of the Divine. To paraphrase the Talmud, God says, ‘There ain’t enough room in this here world for your ego and Me. You pick.’”

In other words, humility is at the heart of Moses’ greatness because it is a pre-requisite for all true wisdom. When we become too full of ourselves, we shut ourselves off from God and knowledge and deep reciprocal relationships [which may, in the end, all be synonymous]. Only when we learn to let go of our need to be in-the-know, judgmental, and “right” can we grow as people and as Jews.

Two hundred years ago, the English poet John Keats expressed this same notion in his theory of “negative capability”, which he described as “when man is capable of being in uncertainties, Mysteries, doubts, without any irritable reaching after fact and reason.” Keats points to Shakespeare and Coleridge as masters of this art, but we, as Jews, might look back farther, to Moses, as our guide.

This week consider: how can you better live with—and listen to—those around you with this sort of true humility? How might we diminish our egos and thereby make more room for God and our loved ones?
Posted by dan at 9:40 AM No comments: