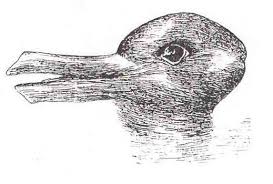 The sacred work of healing the world and creating caring community is never done.

In this week’s Torah portion, we read of the worst of several mutinies against Moses and his leadership.  The leader of the rebels, Korach, is ultimately swallowed up by the earth, along with his followers—and he remains a symbol of greed and lust for power.

Yet, at least on the surface, Korach’s message seems to raise legitimate concerns.  He confronts Moses and Aaron, saying: “You have gone too far!  For all the community is holy, all of them, (kulam k’doshim) and the Eternal is in their midst.”  Isn’t this in keeping with God’s charge to us earlier: “K’doshim t’hiyu—you, the Jewish people, shall be holy, as I, your God am holy”?  What is wrong with Korach’s assertion that holiness extends far beyond the leadership triumvirate of Moses, Aaron, and Miriam?

A modern commentator, the iconoclastic philosopher Yeshayahu Leibowitz, points to a subtle flaw made manifest in the wording of Korach’s complaint.  The problem is Korach’s assertion that the Israelites are holy rather than on the road to becoming holy.  In other words, Korach’s demagoguery is his message to the community that they have achieved their goal and nothing more is demanded of them.  By contrast, Leibowitz notes, Torah consistently challenges us to become holy.  Holiness is a future goal, not a present boast.

While we should enjoy our successes, this life does not allow us to rest on our laurels.  There is always more work to do in repairing the world, making teshuvah, observing mitzvot, learning Torah, strengthening community, transforming our cultures and our selves.  In our individual lives, and as part of the Jewish people, we need the goal of the metaphorical Promised Land—but we also need to realize that we never really arrive there.  It constantly beckons, even as it recedes around each new bend in the road.

The founder of the mussar movement, the 19th century Rabbi Israel Salanter taught:
“A person is like a bird.  A bird can fly very high as long as it keeps flapping its wings.  If it stops flapping its wings, it will fall.  So, too, with us.  The moment we believe that we have reached such a high spiritual and ethical level that we no longer need to work on ourselves, we are likely to fail.”

May we never cease to strive for holiness, even as we enjoy the small gains that we make along the way.
Posted by dan at 4:37 PM No comments:

Bringing Up the Rear

Ecclesiastes famously taught: “The race is not to the swift.”  Our culture places a great deal of emphasis on being first and fastest—but sometimes, the most sacred work, with the greatest reward, is done by those who bring up the rear.

This week’s Torah portion, B’ha-alotechah, describes the marching order of the twelve tribes as they made their way through the wilderness.  Judah took the lead, followed by Issachar, Zebulon and Reuben.  Each tribe had its place, with the division of Dan coming last.

Torah describes the role of Dan as m’assef—the gatherers.  In his commentary, Rashi suggests that their special task was to collect all the lost objects dropped on the way and return them to their owners.  They were also responsible for gathering in straying individuals from the lead tribes that had become lost or fallen behind.

Why was this role assigned to the tribe of Dan?  Midrash proposes that while the Danites’ religious faith was weak [since their territory would later become a haven for idol worshippers], their love for their fellow Israelites was very powerful.  God recognized this admirable trait and gave them a job that played to their strength.

There is an important lesson here for all of us.  Every community needs leaders, to generate vision, determine direction, and blaze the trail for those who follow.  But we also need “gatherers”—those who care for the stragglers and see that we all make it to the Promised Land.  The leaders tend to get the glory but the gatherers are no less essential.

Furthermore, these roles are mutable.  Sometimes those inclined to lead must instead shepherd from the back, while those accustomed to bringing up the rear must step forward.  We are all called to be both leaders and gatherers at various times and circumstances.  May we recognize the worth of each of these callings.
Posted by dan at 10:12 AM No comments: