Go to Yourself (Portion Lech L'chah)

The geographical pilgrimage is the symbolic acting out of an inner journey.
-Thomas Merton

Every serious outward journey begins with an inward exploration, often involving a spiritual and/or emotional leap of faith.

Thus the opening words of this week’s Torah portion, Lech L’chah, take Abraham—and us—both outward, into the world, and inward, into our selves.  God commands Abraham to leave his home and family, to set out for the unknown land of Canaan.  But as the Ishbitzer Rebbe notes, the divine command “Go forth” can also mean, quite literally, “Go to yourself.”  God is asking Abraham to make both a physical and a spiritual pilgrimage, to look deeply into his own soul and become his best and most authentic self.  It is not enough for the patriarch to leave behind the familiar comfort and confines of home—he must also shed the masks, fears, and defenses that get in the way of realizing his true calling. 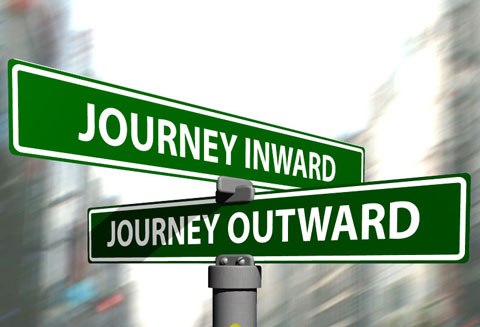 For most of us, children of Abraham, this inward journey is terrifying.  It takes enormous trust and faith and courage to look into our own souls, because we know that when we do, we will find a great many things that we would prefer to avoid.  It is much easier—and very tempting—to just keep distracting ourselves with trivialities.

Father Henri Nouwen writes of this challenge in an extraordinary essay on spirituality and solitude.  I think his words offer a beautiful commentary on the Ishbitzer’s teaching:

As soon as we are alone, without people to talk with, books to read, TV to watch, or phone calls to make, an inner chaos opens up in us.  This chaos can be so disturbing and so confusing that we can hardly wait to get busy again. . . At first, silence might only frighten us.  In silence we start hearing the voices of darkness: our jealousy and anger, our resentment and desire for revenge, our lust and greed, and our pain over losses, abuses, and rejections.  These voices are often noisy and boisterous.  They may even deafen us.  Our most spontaneous reaction is to run away from them and return to our entertainment.

But if we have the discipline to stay put and not let these dark voices intimidate us, they will gradually lose their strength and recede into the background, creating space for the softer, gentler voices of the light.

These voices speak of peace, kindness, gentleness, goodness, joy, hope, forgiveness, and most of all, love.  They night at first seem small and insignificant, and we may have a hard time trusting them.  However, they are very persistent and they will grow stronger if we keep listening. They come from a very deep place and from very far.  They have been speaking to us since before we were born, and they reveal to us that there is no darkness in the One who sent us into the world, only light.

This week, as we re-encounter God’s call to Abraham—and to us—ask yourself: how do I stay the course and get beyond the dark voices of fear, and so begin to hear and heed the voices of hope, forgiveness, and love?
Posted by dan at 9:53 PM No comments: 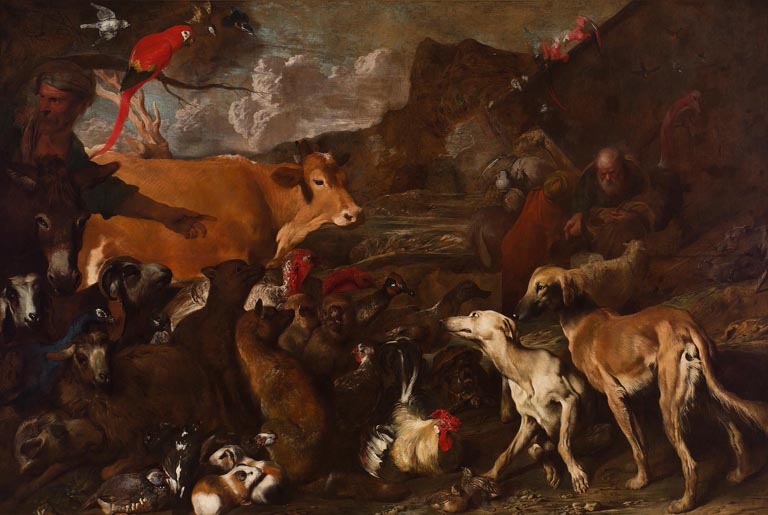 And Noah went in (to the ark) and his wife and his sons and his sons’ wives with him, because of the flood waters.   (Genesis 7:7)

Despite—or perhaps because of—the approaching Deluge, Noah seems reluctant to board the ark.  Not surprisingly, our commentators are divided on the motivation and morality behind his hesitation.

Some, including Rabbi Harold Kushner, maintain that Noah hesitated out of compassion for the rest of humanity.  He waits until the last possible minute out of hope that his fellow men and women might see the rain starting to fall and finally change their ways, rendering the punishment unnecessary.

Rashi, on the other hand, argues that Noah was only marginally better than the rest of his evil generation.  He writes: “Noah, too, was of those of little faith, believing and not believing that the Flood would come, and he therefore did not enter the ark until the waters forced him to do so.”

These seem like two opposing views.  In the first, Noah is righteous; in the second, not so much.  However, in good Jewish fashion, I would like to suggest that perhaps both sides are right.  When we face challenging—even cataclysmic—changes, our reactions are most often deeply ambivalent.  We may be motivated by a complex blend of positive intentions and denial.  We, too, are both “believing and not believing.”  We vacillate.  We equivocate.  We wrestle inwardly, with ourselves and with others, and as we do, our moods and attitudes can shift radically from one moment to the next.  We resist change even as we embrace it.  Like Noah, we wait until the very last minute—until, compelled by circumstances bigger than ourselves, we enter the ark and set out for God knows where.

Still, we enter, and the Flood changes us.  For all of his reluctance to get on the ark, for both positive and negative reasons, once he is aboard, Noah grows into his righteousness.  Midrash tells us that he cared for the animals constantly, 24/7.  He responds to his ordeal with compassion, and thereby makes real the potential that God saw in him before the rains came.

This week, consider the changes and challenges that lie ahead for you in this new year.  Recognize your hesitation—and even your denial—as you face those challenges, for good and bad alike.  And then consider: how can you ride them toward something better?
Posted by dan at 8:55 PM No comments:

Our Place in the World (Bereshit) 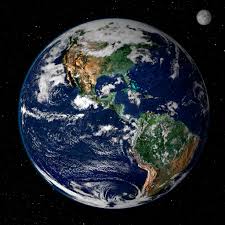 For whose sake was the world created?

In the Genesis account, which we read in this week’s portion that opens the Torah, Bereshit, God gives humanity a mandate to “be fertile and increase, fill the earth and master it. . . rule the fish of the sea, the birds of the sky, and every living thing that creeps on the earth.” (1:28).  Based on this verse, the medieval Jewish philosopher Rabbi Saadia ben Yosef claimed that God created everything for the sake of humanity.  A thousand years later, Lynn White Jr. referenced the same verse—with an antagonistic twist—in an influential article blaming the biblical tradition for the West’s record of environmental degradation, suggesting that in Judaism and Christianity, “No item in the physical creation had any purpose save to serve man’s purposes.”

But this is not the only reading of the Genesis creation narrative.

Moses Maimonides famously took issue with Saadia’s claim that creation exists to serve humanity.  He notes that after almost everything God creates, Torah repeatedly declares: “God saw that it was good”—long before the arrival of humankind.  God does not pronounce the abundance of flora and fauna to be good for humanity.  They are, instead, intrinsically good, for their own sake.  As Rabbi Shai Held describes Maimonides’ position in contemporary terms, “The biblical creation story is like a hymn to biodiversity, which is seen as unambiguously good in its own right.” Indeed, it is striking that Torah never describes God looking at human beings in particular and proclaiming us to be good.  When it comes to humanity, apparently, for the Torah, the jury is still out.

Talmud teaches that the schools of Hillel and Shammai held a debate on the question: Would the world have been a better place if humanity had not been created? Hillel argues no—our presence is, on balance, a benefit.  Shammai insists that in fact, the rest of creation would have been better off without us.  Alas, much of the current environmental landscape suggests that Shammai was correct.   But the discussion ends as so many in the Talmud do, with a quirky compromise; the sages conclude: “The world would have been better without us—but now that we are here, let us carefully examine our deeds.”

We—and our technological footprint—are here to stay.  Hopefully, in the coming year, we will make progress on considering the consequences of our culture and strive to be more worthy of our unique place in God’s creation.
Posted by dan at 2:45 PM No comments: