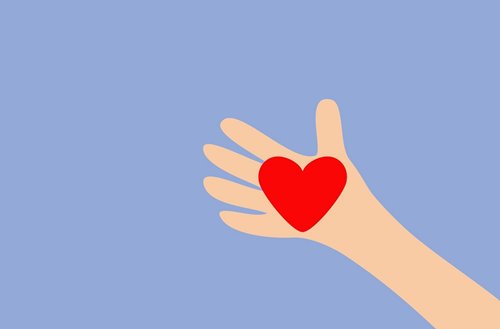 Moses sat as judge among the people, and the people stood, waiting around Moses from morning until evening.  When Moses’ father-in-law Yitro saw how much Moses had to do for the people, he said, “What is this thing that you are doing to the people?  Why do you act alone, while all the people stand around you from morning until evening?   The thing that you are doing is not right; you will surely wear yourself out, and these people as well.  The task is too heavy for you; you cannot do this alone. . .”
Moses heeded his father-in-law and did just as he said.  Moses chose capable men out of all Israel and appointed them heads over the people—chiefs of thousands, hundreds, fifties and tens—and they judged the people at all times.  The difficult matters they would bring to Moses, and all the minor matters they would decide themselves.”
(Exodus 18:13-14; 17-18; 24-26)

Help me if you can, I’m feeling down
And I do appreciate your being ‘round
Help me get my feet back on the ground
Won’t you please help me?
(John Lennon/Paul McCartney)

It is hard to ask for help.

To do so is to make ourselves vulnerable, to admit that we don’t have all the answers, to acknowledge that we are, in many ways, dependent upon others.  In our age, which idolizes self-sufficiency, this truth is profoundly counter-cultural, but even in early times, it was deeply uncomfortable.  Witness Moses, who cannot bring himself to ask for help in bearing the burden of leading the Israelites until he is urged to do so by his father-in-law, Yitro.

Yet as difficult as it is to ask for help, it is also essential—and not just for the one making the request.  It is important to note that Yitro’s concern is for both Moses and the rest of the Israelites.  He asks, “What is this that you are doing to the people?”  As the thirteenth century commentator Chizkuni interprets this passage, “Moses and the Israelites were making one another impatient.  On the one hand, the common people were forced to stand in line most of the day waiting for their turn.  On the other hand, Moses was becoming more and more weary having to deal with so many disputes.”  In other words, each side burdens the other.  Nobody wins.

The inability to delegate authority betrays a lack of faith in the community that we—like Moses—must learn to overcome if we wish to become good leaders.  Asking for help empowers all concerned.  In his article “Leading from Within,” Parker Palmer coins the phrase “functional atheism.”  He explains: This is the belief that ultimate responsibility for everything rests with me.  It is a belief held even among people whose theology affirms a higher power than the human self, people who do not understand themselves as atheists but whose behavior belies their belief.  Functional atheism is an unconscious belief that leads to workaholic behavior, to burn-out, to stressed and broken relationships, to unhealthy priorities.

It is, therefore, no accident, that in addition to reminding Moses to share power, Yitro also brings along Moses’ wife, Tzipora—who Moses seems to have neglected to bring out of Egypt.  The cost of taking everything upon oneself is, indeed, high.  Just ask Moses’ family.

John Lennon recognizes this truth in the classic Beatles song, “Help.”  He opens with the straightforward recognition that he can’t go forward on his own: Help!  I need somebody.

Of course he isn’t alone—but this not a sentiment we expect to hear from a man who was, at the time, one of the most famous people in the world, with the riches to buy whatever his heart desired.

He continues by noting that the ability to ask for help is a sign of maturity.  Much of wisdom lies in acknowledging our limitations as we grow older:

And then the chorus, with its courageously naked plea for help, voices soaring over George and John’s guitars:

Help me if you can, I’m feeling down
And I do appreciate your being ‘round
Help me get my feet back on the ground
Won’t you please help me?

We all need help.  We all need to help.  This is the nature of Jewish life.   For here is a profound truth at the heart of our tradition: if we seek to fulfill the essential mitzvot that God has given us to sustain sacred community, we must not deny others the opportunity to perform those same mitzvot for us. We cannot visit the sick or welcome guests or rejoice with wedding couples or console mourners unless we are willing to let others visit us when we are sick, let them welcome us when we are estranged, rejoice with us in our times of celebration, and console us in our seasons of loss.  To be a Jew is to affirm that we need one another to live Jewish lives.

It’s good to know that even Moses sometimes needed a reminder to this effect.

To see and hear the Beatles performing "Help!" live in concert, see:

Beshallach (Ain't Nobody Gonna Turn Me 'Round) I will sing to the Holy One, who has triumphed gloriously;
Horse and driver God has hurled into the sea
The Holy One is my strength and my song
God has become my liberation. . .
Who is like unto You, among the gods that are worshipped?
Who is like You, majestic in holiness,
Awe-inspiring, working wonders
(Exodus 15:1-2; 11)

When, precisely, did the Israelites sing these words from the Song at the Sea?
Most readings suggest that they constitute a victory song, offered after we pass successfully through the Sea of Reeds.  We arrive safe on dry ground, watch the demise of Pharaoh and his hosts, then break into jubilant chanting.  The biblical narrative points strongly toward this chronology: “Thus the Holy One delivered Israel from the Egyptians.  And when Israel saw the wondrous power which the Holy One had wielded against the Egyptians, they had faith in God, and God’s servant Moses.  Then Moses and the Israelites sang this song to the Holy One. . .”
Case closed, right?
Not so much.
Some of our tradition’s most important medieval commentators argue against this plain sense of the Torah text.  Both Ramban and Seforno insist that the Israelites actually sang while in the middle of the crossing, while still walking through the Sea, with the Egyptian army in hot pursuit.  In other words, as Aviva Zornberg notes, the anxiety of the moment is the engine that drives the song:
“The meeting of terror and joy, destruction and birth, takes the people beyond the normal places of speech.  And this song is some words of expression, not just of jubilation, but of the human situation of being in the middle, of being full of fear, the sense of life and death in the balance, seeing what can happen to human beings all around them. And that there, but for the grace of God, go I. It's a song that human beings sing in the face of mortality.”
Why do these commentators offer this alternative chronology; why, for that matter, does the timing of the song even matter?  I believe the answer lies in how we understand the power of music to carry us through our most challenging and fearful experiences.  As Rabbi Yael Shy notes: “A liberation song sung from the middle of a terrifying place—from the dead center of a miracle nobody knows will end successfully—is a profoundly powerful song.”
Bernice Johnson Reagon would agree.  She is a founding member of The Freedom Singers, a group of young African-American musicians that sang at countless civil rights gatherings and protests, including the 1963 March on Washington.   Ms. Reagon says that for the demonstrators who risked their lives facing down brutal white supremacists, singing the songs of the black church conferred upon the people a collective conjured strength.  The music created a kind of protective barrier between the demonstrators and the police, allowing the marchers to move beyond their fear.  As Ms. Reagon describes it: “Those songs do something to the material that you’re made of.  The singing connects you with a force in the universe that makes you different.  You become part of a community.  And then they can’t get to you.”
In 2010, Berniece Reagon and The Freedom Singers performed at the White House, as part of a concert celebrating the music of the civil rights movement.  They sang the indomitable anthem “Ain’t Gonna Let Nobody Turn Me ‘Round,” which is based on an old spiritual.  It serves the exact same purpose that our commentators ascribe to the Song at the Sea, strengthening the resolve of those who need all of the courage they can muster to remain steadfast on the road to freedom.  Each verse names the obstacles—and denies them their power:
Ain’t gonna let no jailhouse turn me ‘round. . .
Ain’t gonna let segregation turn me ‘round. . .
Ain’t gonna let race hatred turn me ‘round. . .

While we hope never to find ourselves pursued by either a vast army or racists bent on our destruction, we all face moments when it feels impossible to move forward, when we are paralyzed by fear.  During those times, both Torah and history teach us that we may find faith and courage in music, especially when it is sung and celebrated in the company of good companions.  When we know that we are not alone, when we share the blessing of song, we embolden ourselves and gird our faith to go on.   This Shabbat is also known as Shabbat Shira—the Sabbath of Song.  May we find the songs—and the fellow singers—that we need to face life’s challenges bravely and boldly.

For a clip of The Freedom Singers performing “Ain’t Nobody Gonna Turn Me ‘Round” at the White House in 2010: