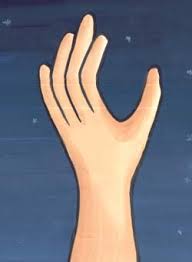 When we first meet Joseph, as a teenage boy, he is blessed with prophetic, visionary dreams but profoundly lacking in wisdom.  He foolishly flaunts his reveries at his brothers’ expense, thereby earning their deep enmity.  His dreams of dominion are, in fact, accurate—but he does not yet know what to do with them.  He speaks when he should be silent.  Joseph’s prophetic gifts run deep—but they blind him to the needs and feelings of others.  He is brilliant but insensitive, rich in vision but impoverished in empathy and action.

Pharaoh calls upon Joseph to interpret two parallel dreams.  Joseph does this—but does not stop there.  He goes on to offer policy advice based on his interpretation: Pharaoh should set up a detailed system over all of Egypt to collect and store up food during the seven years of plenty, so that there will be provisions when the seven years of famine strike.  Here, Joseph moves from words to acts.  He acknowledges that in interpreting dreams, he is a mere vessel, channeling God.  But the choice to translate those interpretations into a course of action is his alone.  As Rabbi Adin Steinsaltz notes: “From being a dreamer of dreams, Joseph became the person of the dream... a man who experienced the dream... as a burden and a responsibility and a course of action from which there could be no digression.
We may not all have the gift to accurately interpret our dreams.  But we can assume responsibility for them.  That is, after all, just assuming responsibility for ourselves.”

Happy Chanukah to all!
Posted by dan at 6:40 AM