Neighborhood Bully and the Gaza Flotilla 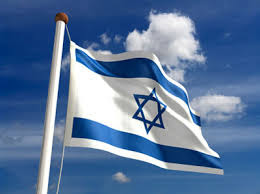 So. . . the world is now in a huge uproar over the Israeli raid on the Gaza convoy.
I try hard to understand the extent of the reaction but cannot, in the end, attribute it to anything except anti-Semitism.
Mind you, I do not think the Israelis acted with much wisdom. This ship was on a mission which had nothing to do with delivering humanitarian aid to Gaza. Their intent was to provoke--and in that, they succeeded beyond their wildest dreams. I believe that the Israelis were baited and took the bait, walking right into the PR trap that was set for them by rabidly anti-Zionist demonstrators.
But those demonstrators were hardly innocent victims. As I've said above, they entered a war zone with an intent to provoke. They refused all Israeli overtures to go to an Israeli or Egyptian port to deliver their "humanitarian" cargo. And when the Israeli navy commandos boarded the ship, the demonstrators attacked them with clubs, guns, and molotov cocktails. This was no peace mission.
Nine demonstrators died in this action. That is, to be sure, a source of sadness. But how many innocent civilians died in Iraq in this same twenty four hour period? How many died in Darfur? Afghanistan? How many are dying today in Africa and Asia under brutal totalitarian regimes?
Many, many more than the nine dead on the Mavi Marmara.
And yet the world's condemnation is directed, massively disproportionately, at Israel. Nations with hideous human rights records--Libya, China, Saudi Arabia and so many more--are given a free pass to rant at Israeli practices. What massive hypocrisy. European nations that were murdering Jews less than a century ago now smugly condemn Israel.
How can one explain this reaction? There is no logical answer other than anti-Semitism. One of my favorite Jewish sages, Bob Dylan, put it so well, over twenty ago, in his song, "Neighborhood Bully". Read the lyrics and consider, sadly, how little has changed in the past quarter century.
(or, better yet, to hear this powerful and prophetic song at: http://vodpod.com/watch/3465952-bob-dylan-neighborhood-bully
Well, the neighborhood bully, he's just one man
His enemies say he's on their land
They got him outnumbered about a million to one
He got no place to escape to, no place to run
He's the neighborhood bully.

Well, he knocked out a lynch mob, he was criticized
Old women condemned him, said he could apologize
Then he destroyed a bomb factory, nobody was glad
The bombs were meant for him. He was supposed to feel bad
He's the neighborhood bully.

Well, the chances are against it, and the odds are slim
That he'll live by the rules that the world makes for him
'Cause there's a noose at his neck and a gun at his back
And a licence to kill him is given out to every maniac
He's the neighborhood bully.

Well, he got no allies to really speak of
What he gets he must pay for, he don't get it out of love
He buys obsolete weapons and he won't be denied
But no one sends flesh and blood to fight by his side
He's the neighborhood bully.

Well, he's surrounded by pacifists who all want peace
They pray for it nightly that the bloodshed must cease
Now, they wouldn't hurt a fly. To hurt one they would weep
They lay and they wait for this bully to fall asleep
He's the neighborhood bully.
Every empire that's enslaved him is gone
Egypt and Rome, even the great Babylon
He's made a garden of paradise in the desert sand
In bed with nobody, under no one's command
He's the neighborhood bully.

What's anybody indebted to him for ?
Nothing, they say. He just likes to cause war
Pride and prejudice and superstition indeed
They wait for this bully like a dog waits to feed
He's the neighborhood bully.

What has he done to wear so many scars ?
Does he change the course of rivers ? Does he pollute the moon and stars ?
Neighborhood bully, standing on the hill
Running out the clock, time standing still
Neighborhood bully.
Posted by dan at 6:53 PM 14 comments: