The Demands of Gratitude (Portion Tzav) 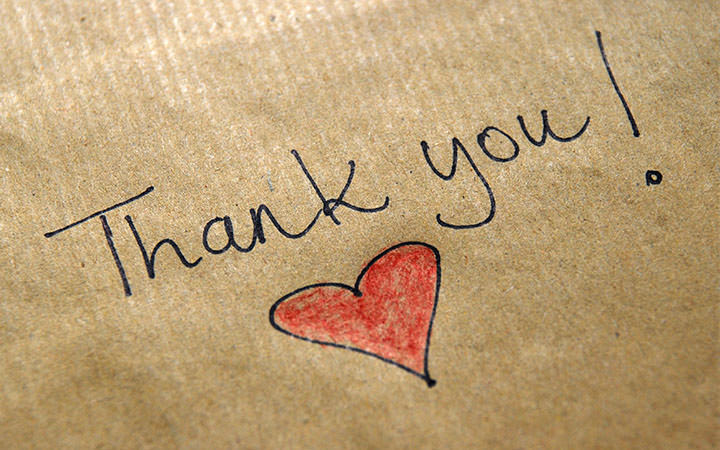 What does an attitude of gratitude ask of us?

Given our propensity to associate American Thanksgiving with leftovers, why does Torah uniquely forbid the consumption of leftover gratitude offerings?

Drawing on the medieval commentator Isaac Abravanel, Rabbi Shai Held suggests that by banning leftovers, Torah strongly encourages the celebrant to share the meal with friends and family.  He writes: “The nature of gratitude is such that it is inherently outward-looking. Think of a moment in your life when you have had an overwhelming sense of gratitude to God or to another person. Imagine especially a moment when you received something - whether a much-needed meal, a kind word, or a gesture of deep love - that you were not at all sure would be forthcoming. You may well notice that when you fully inhabit the sense of gratitude, you feel an urge to share the gifts you have received with others. When we are moved to the depths of our being by having been given something, we seek to become givers ourselves. A grateful heart overflows. . . . The simple requirement that there not be any leftovers from the thanksgiving offering thus teaches us a fundamental theological and spiritual lesson. We are not meant to rest content with being recipients of God's gifts but are asked to becoming givers ourselves. God's gifts are meant to flow through us and not merely to us.”
In other words, gratitude and hoarding are completely incompatible.  As one of my favorite prayers in our Reform siddur, Mishkan Tefilah, teaches: Teach us, O God, to give thanks for what we have by sharing it with others.
This coming Shabbat is known as Shabbat Ha-Gadol, the Shabbat before Pesach.  It’s fitting that we read about the gratitude offering, as Pesach asks that we open our homes and our hearts to others. “Let all who are hungry, come and eat.”  Indeed.  To be grateful is to share.

Begin with degradation and end with praise.
-Mishnah, Pesachim 10:4
In this week’s double portion, Vayakhel-Pekude, we complete the book of Exodus.  The content of this parshah reminds us that two-thirds of that book is not about the exodus at all. Once we leave Egypt and cross the Red Sea, the emphasis shifts, first to our receiving Torah at Mount Sinai, and then to the central topic of the last five portions of Exodus: the building of the portable sanctuary that we will carry through the desert and the instructions and vestments for the priestly class (cohanim) who tend to its service.

Is there a thematic link between these seemingly disparate sections of Exodus?  The medieval commentator, Nachmanides believed so.  He writes: “The unifying theme of the book of Exodus is redemption from exile, both physical and spiritual.”  For Nachmanides, our release from physical servitude comes with the exodus from Egypt, but our spiritual liberation does not arrive until we receive the Torah and then welcome God’s presence made manifest in the mishkan.

This interpretation has a timely parallel in the Passover haggadah.  The Mishnah instructs that in telling the story of our liberation at the seder, we should begin with degradation and conclude with praise.  Being Jewish, from the start, two of our greatest sages differed on which dishonorable event marks the start of this journey toward freedom.  Rav proposes we open the tale with Our ancestors were idolaters, thereby recalling our roots in the pagan practices of two infamous Arameans: Abraham’s father, Terach, and Laban, the father of Rachel and Leah.   With this approach, Rav suggests that our servitude actually commences with the intellectual and spiritual slavery of worshipping false gods, long before Pharaoh physically enslaved us.  Shmuel, by contrast, argues that we should begin with We were slaves in Egypt and move from physical enslavement to political liberation.
In good—and somewhat confusing—Talmudic fashion, the haggadah includes both Rav and Shmuel’s versions of the story.  Shmuel’s comes first (Avadim hayyenu) followed shortly thereafter by Rav’s (Arami oved avi).  Thus our Rabbis remind us that servitude comes in numerous guises, and there are many paths to liberation.
This week—as we finish the multi-faceted book of Exodus and begin our preparations for Pesach, we might well consider all kinds of exile, physical and spiritual.  Let us ask ourselves: What holds us back from reaching our goals, individual and communal?  What are the external challenges?  And which obstacles lie within ourselves?  May this sacred season move us toward liberation from all that binds us.