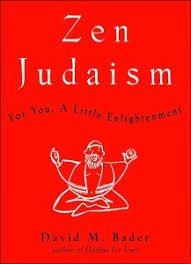 One finds this humorous take on this week’s Torah portion in David Bader’s very funny little book Zen Judaism: For You, A Little Enlightenment:

Torah teaches: “Love your neighbor as yourself.”
The Buddha teaches: “There is no self.”
Hey—maybe I’m off the hook!

Behind the humor here lies a very real challenge.  In portion  Kedoshim, Leviticus 19:18, God famously does command us to love our neighbors as ourselves.  But what does this mean—and how is it possible?  Can we actually love a person who is neither friend nor family in the same way that we love ourselves and our dear ones?  And even if we could, would this be desirable—shouldn’t we love our flesh and blood more intensely than acquaintances and even strangers?  On top of these questions, we wonder: how can love be commanded, anyway?  Do we really choose when and where to feel love?

The great twentieth century commentator and teacher of Torah, Nechama Leibowitz, addresses all of these concerns about this critical verse.  She notes: “If the text means that one must love his/her fellow as oneself, it is hardly conceivable that the Almighty should command something which is beyond human capacity.  Moreover feelings such as hate and love are hardly objects of commands, since they are not under human control. . . Hillel therefore correctly interpreted this passage in a negative manner: ‘At least do nothing to your neighbor which you would not like to be done to yourself.’”

In other words, Ms. Leibowitz teaches, the commandment addresses actions rather than feelings.  God’s injunction is to act lovingly toward our neighbors, whether we actually feel love or not.  The best guide to such a course of action is to assume that we should refrain from doing unto others that which is hateful to us.

In truth, it is relatively easy to act loving when we feel loving.  The real challenge is to “fake it till we make it”—to treat others with compassion and kindness even when our emotions and instincts would have us do otherwise, when we are feeling less than generous.  The ability to act loving when we don’t feel love is not hypocrisy.  Just the opposite—it is, instead, the essence and goal of our humanity.

So, with apologies to the Buddha—we’re not off the hook.
Posted by dan at 12:42 PM No comments: 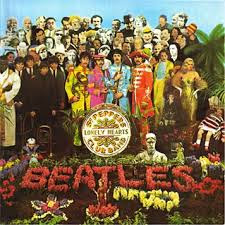 When I get older, losing my hair, many years from now

Will you still be sending me a valentine, birthday greetings, bottle of wine?

If you’d been out ‘til quarter to three, would you lock the door?

As a young man, Paul McCartney pondered growing older and wondered if his lover would still care for him at the “ancient” age of 64. Now that he is on verge of turning 70, perhaps Sir Paul has an answer. But we all wrestle with this conundrum, which is at the heart of any committed relationship: how do we sustain love over time?

I’ve been thinking about this song and the question that it poses this week, which marks the sixty-fourth birthday of the nation of Israel.

Relationships between lovers change over time. In the beginning, we are smitten. We see the beloved through rose-colored glasses. She or he can do no wrong in our eyes. And then, as the years pass, the initial, hormone-driven infatuation wears off. We begin to see the blemishes and failings; the beloved becomes fallible—which is to say, human. Our challenge is to move from young lust to mature love, in which we recognize our beloved’s full humanity, warts and all—yet still give ourselves fully.

So, too, in our relationship, as American Jews, with the state of Israel. When I was a young person, Israel was also young. My peers and I viewed that land in a deeply romantic, idealized manner. We imagined kibbutzniks bringing the desert to life. We danced the folk dances, admired David Ben Gurion and Golda Meir, mythologized the striking soldiers. And we believed that in the ongoing Israeli-Arab conflict, Israel was always the uncontestably good guy and the Arabs were utterly evil.

As we mark Israel’s 64th birthday this week, much has changed. Israel now divides American Jews at least as much as it unites us. The politics of the region have become morally ambiguous, drawn in shades of grey. Israel’s leaders have proven to be at least as corrupt as our own, and the proliferation of the ultra-Orthodox, both in the settlements and in Israel’s big cities, has promulgated a version of Judaism that is anathema to us—rigid, sexist, fundamentalist and opposed to the most basic principles of democracy.

And yet. . . Israel remains our home. In a sense, we have left behind our adolescent relationship with the Jewish state, which was never really based in reality anyway. Our challenge is to love Israel with an adult, mature love—seeing her failings (and, of course, our own as well), yet deepening our commitment to her welfare. Israel needs our vision of an open, tolerant liberal Judaism, and we need her energy and vitality. It is not incumbent upon us to agree with everything that her government and people do, but neither are we free, as committed Jews, to disengage with her. Now that she is turning 64, I hope that we will still need and feed her—as she needs and feeds us.

A Time to Be Silent


As Ecclesiastes reminds us, there is a time to for speech and a time for silence. The challenge is to figure out which response is best in any given situation—particularly in times of trauma and tragedy.

This challenge is at the heart of our Torah portion for this week, Shemini. Aaron suffers the ultimate heartbreak when his two sons, Nadav and Avihu are instantly killed by a mysterious fire from God while offering incense on the altar. Upon hearing of this calamity, Moses attempts to comfort his brother. He offers a rambling—even incoherent— explanation for his nephews’ inexplicable deaths: “This is what God meant when God said, ‘Through those that are near to Me, I will be sanctified, and before all the people, I will be glorified.’”

Not surprisingly, this lame speech does not console Aaron. His response is telling: Va-yidom Aharon—“Aaron was silent.” In the immediate aftermath of tragedy, we don’t want explanations, excuses or diatribes—even if they are well-intentioned. What Aaron needs from his brother is a silent, loving presence. In such situations, words always fall short. Explanations fail because there are no explanations. Sometimes good people suffer and die without any justification whatsoever to ameliorate the pain of those who loved them. We best understand and acknowledge this reality with compassionate silence.

In Pirkei Avot, Rabbi Shimon ben Elazar wisely advises: “Do not appease your fellow in the time of his anger, nor comfort him while his dead lies before him.” Our tradition’s laws of bereavement stipulate, accordingly, that when making a shiva call, the visitor should not speak until the mourner speaks first. As Blu Greenberg notes, “The halachah enjoining the comforting visitor to hold back in silence serves a function: to caution against offering a rationale for the decree of death. The deeper human religious response is to be silent, to live with the contradiction, and to affirm that we need not force meaning into tragedy. Sometimes, the deepest response of love is to be silent.”