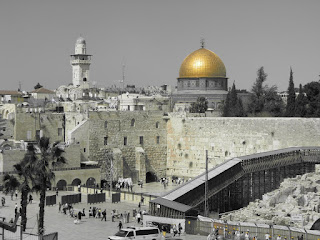 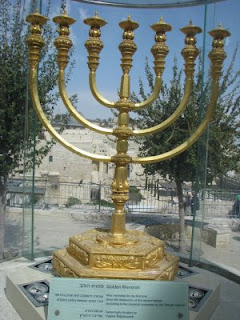 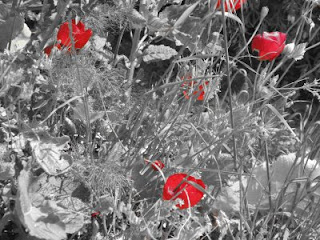 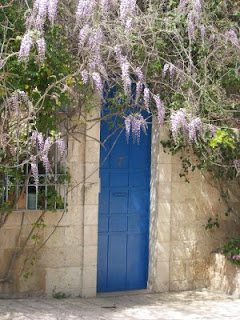 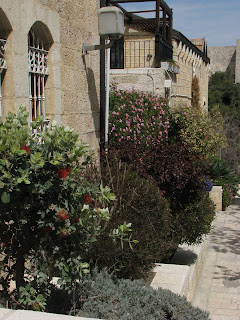 A classic Jewish joke speaks of a new journalist assigned to her paper's Jerusalem bureau.  Upon her arrival, she takes an apartment overlooking the Kotel, the historic Western Wall. Everyday when she looks out, she sees an old bearded Jewish man praying vigorously. Certain he would be a good interview subject, the journalist goes down to the Wall and introduces herself to the  man. She asks, "You come every day to the Wall, sir, how long have you been doing that and what are you praying for?"

The old man replies, "I have come here to pray every day for 25 years. In the morning I pray for world peace and for justice for all humanity. I go home, have a cup of tea, and I come back and pray for the eradication of illness and disease from the earth. And very, very important, I pray for peace and understanding between the Israelis and Palestinians."

The journalist is very impressed. "How does it make you feel to come here every day for 25 years and pray for these wonderful things?" she asks.

The old man replies calmly, "Like I'm talking to a wall."

I thought of this joke today, as I spent my afternoon walking through the Old City, to the Wall.  The Kotel has never been my favorite place in Jerusalem.  It is, of course, known as Judaism's holiest site, for it is the only remaining section of the Temple, which was destroyed in the year 70 and still mourned over by traditional Jews. But it is, for me, a problematic place.  To begin with, while sacred to all Jews, it is completely controlled by the Orthodox, who separate men and women and raise hell if anyone prays together in mixed gender groups, even in the plaza quite a distance from the Wall itself.  And besides this, there is something about the place that feels vaguely idolatrous to me.  I've never been at ease with attaching such utter importance to stone and mortar, the work of human hands.  My ambivalence is captured perfectly in the attached image of a golden menorah that stands in a case near the Wall.  It was constructed by the Temple Institute--a group of radical messianist Jews who want to re-build the Temple and re-institute the sacrifices, as soon as possible. Never mind the fact that the Temple Mount is now home to the Dome of the Rock and Al Aqsa mosque, Islamic sacred places, and tearing them down would likely start World War III.  And even if this were not the case, as a liberal Jew, I have absolutely no desire to start offering up animals again.  I find messianism powerful as an idea that moves us to work for peace and justice, but this apocalyptic version is dangerous stuff.

Nonetheless, with Pesach approaching, I went to the Wall and inserted my prayer into a crack between the ancient stones.  And despite all of my ambivalence, I was moved by the place: the power of history, the sheer number of prayers that have been uttered here, the draw it has held for so many centuries simply cannot be dismissed.

And then I walked back to my apartment, through new Jerusalem, which is every bit as much a miracle to me as the Wall.  This is history in flux, the living and growing Jewish tree of life.  It's messy and loud and passionate. . . and it is ours.  Tomorrow night we will celebrate God's bringing us out of Egypt, the journey to freedom that never really ends.  That journey echoes through the streets here, through the pharmacies and felafel stands, synagogues and shopping malls.

The book that I am currently reading, The Geography of Bliss, notes that when someone asked Jonas Salk, inventor of polio vaccine, what the main goal of his life had been, Dr. Salk replied, "To be a good ancestor." As we prepare to celebrate our liberation, this seems like a worthy goal, indeed--one to which I aspire and need to work a whole lot harder.

Chag sameach--a joyous Pesach to all.