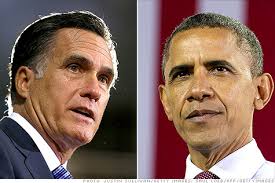 At the end of this week’s portion, Chayei Sarah, Abraham dies.  In the wake of that misfortune, there is one bright note: after decades of enmity, the patriarch’s two sons, Isaac and Ishmael come together to bury and mourn for their father.  Their reunion is a source of hope.  Isaac and Ishmael remind us that it is possible to heal long-festering wounds and restore badly sundered relationships.  As Rabbi Harold Kushner considers: “Can this not be a model for the descendants of Ishmael and Isaac, contemporary Arabs and Israeli Jews, to find grounds for forgiveness and reconciliation?”

I have been thinking about this passage, and its promise, as we approach what will, by most accounts, be a critical and contentious Election Day.  Isaac and Ishmael seem more relevant than ever, as the two presidential candidates have battled fiercely over policy toward the Middle East in general and the Israeli-Palestinian conflict in particular.  Both Governor Romney and President Obama claim to be Israel’s friend, and I believe that they are both sincere in their assertions.  Yet they may differ on what, exactly, it means to be a friend.

Some American Jews—and Israelis—believe that friendship essentially means fealty—that to be a friend is to support whatever policy the Israeli government feels is best.  By this view, any American leader who takes issue with Bibi Netanyahu on anything of substance is guilty of “throwing Israel under the bus.”

I disagree.  I believe that Israel needs friends who clearly and unequivocally have her back—but who are not sycophants.  A friend is someone we can trust—and who, therefore, can gently advise us when we are going astray.  Friends are those who want us to be the very best that we can be, who understand that there are times that call for tough love.  In short, a true friend exemplifies the relationship that Torah describes between loving partners: ezer k’negdo, a helper who stands opposite us, who will push us to do difficult things—like making peace—when it is in our benefit to do so.

I believe that Israel needs America to elect a president who is also a friend in just this manner.  It behooves all parties for our president to be a peace-maker who commands the respect of both Israelis and Palestinians, who has the trust and respect to bring both sides to the table.  We need a president who believes in the critical need to achieve a two-state solution before it is too late, so that Israel can remain both a democracy and a Jewish state.

If Isaac and Ishmael can make peace, so can their descendants.  But it will take a US president with the vision, determination—and yes, the tough love—to make this happen.  I will leave it to each of you to decide who best meets that description when you go to the voting both this week.
Posted by dan at 2:37 PM