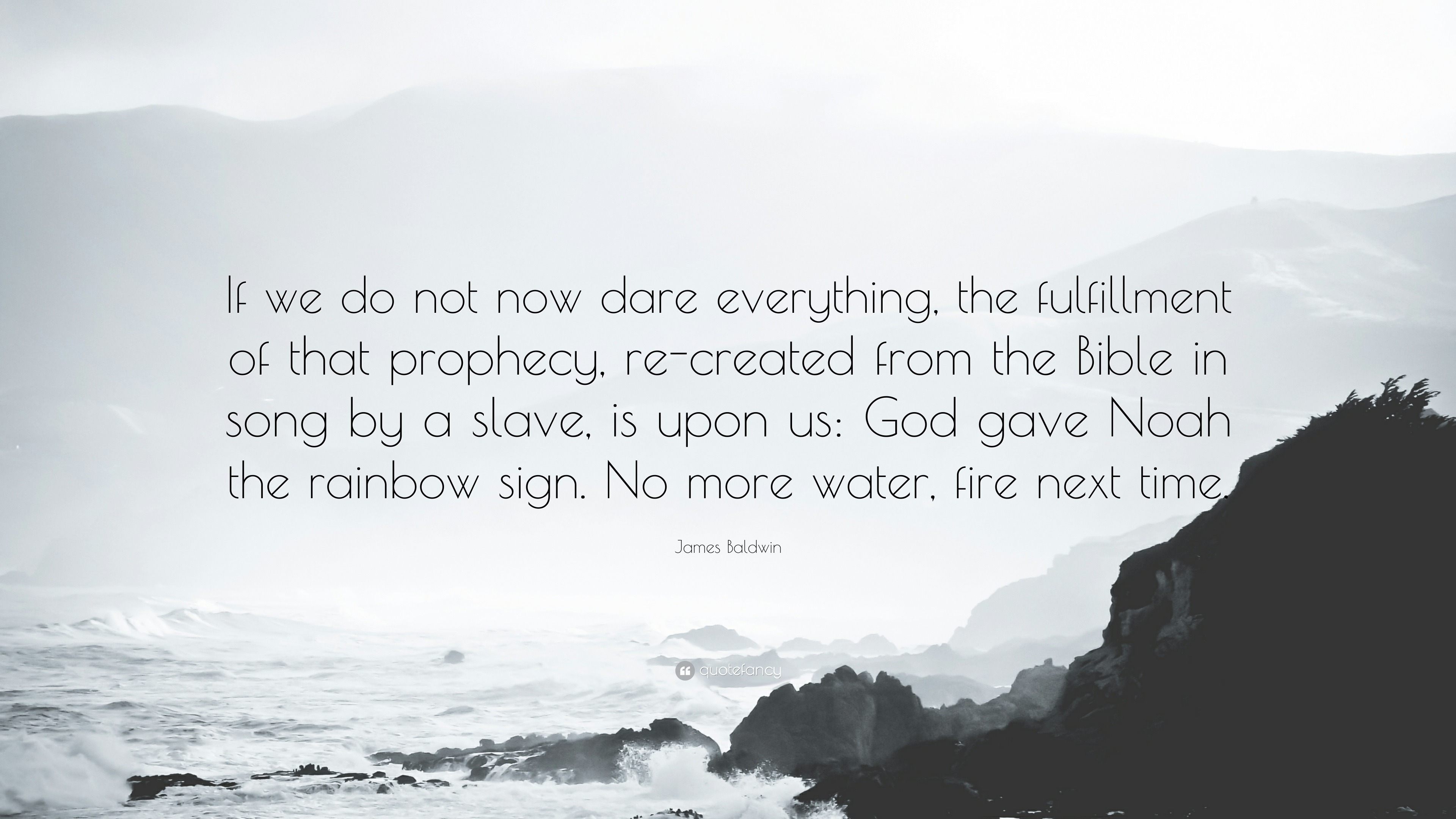 For this year’s e-Torah, I will be looking at each week’s portion through the lens of a song.  The music will serve as a kind of midrash, a commentary on the sacred words.

God gave Noah the rainbow sign: No more water but the fire next time.

We tend to tell the Noah story as a children’s fable, complete with stuffed animals and cute songs
(. . . they came on in two-sies, two-sies, elephants and kangaroo-sies).  This has always struck me as odd, for the Flood narrative is the most brutal tale in the entire Hebrew Bible.  The plot is pretty simple: God destroys every living thing except for Noah’s family and the creatures they’ve gathered in the ark.  Genocide is hardly child’s play.

Of course the hopeful note in this otherwise brutal story comes at the end, when God promises never to flood the earth again.  We arrive at that passage and breathe a sigh of relief, thinking, “Well, that was horrible, but thank God, we’re safe.”  But are we?

Midrash teaches that as Abraham witnessed the fiery destruction of Sodom and Gomorrah, he confronted God: “You promised never again to destroy the world in a deluge.  Surely You did not mean that you might still send a flood fire?”  And God was silent.  Or, as the old southern spiritual puts it: God gave Noah the rainbow sign: No more water but the fire next time.

Folklorists suggest that these words originated as coded communication among African-Americans living in slavery and under Jim Crow.  They allowed the community to comment clandestinely on the wickedness of their oppressors while, on the surface, just singing wholesome Bible stories.  Understood in this manner, the spiritual’s premise is clear: there are still hosts of wicked people in the world to be punished “next time.”

James Baldwin drew on this history for the title of his landmark 1963 book, The Fire Next Time, a fierce, prophetic examination of race relations in America.  For Baldwin, the song offers both a warning and a call to hope in the darkest of times.  He describes the full fury of the conflagration of racism, yet still holds forth hope for reconciliation rather than vengeance and destruction: “The impossible is the least that one can demand.”

The fire next time—the words of the spiritual and James Baldwin’s elaboration of them echo, for me, the portentous language of Unetaneh Tokef, which we read last month for Rosh Hashanah and Yom Kippur: Who by fire and who by water?  We Jews, too, recall the Flood’s devastation, and the terrifying possibility of a repeat occurrence, by way of conflagration rather than deluge—not to cow us into submission but, rather, to turn our hearts and hands to the work of tefillah, teshuvah, and tzedakah—spiritual renewal, repentance, and liberation.

In a world ablaze with injustice, on an earth where rising temperatures are melting polar ice caps, spawning massive storms, and unleashing wildfires across our own region, let us listen and learn from the Noah story.  These times cry out for both its warning and its hope.   With courage and persistence, we might yet avert the fire next time.