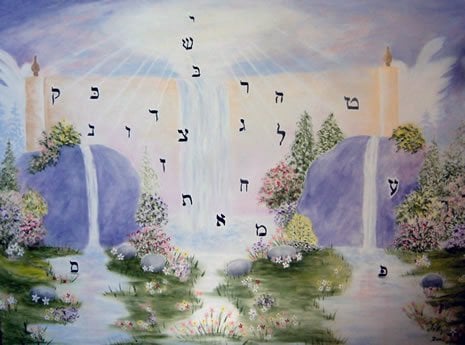 In this week’s Torah portion, Naso, Moses concludes the long labor of building the mishkan, the portable sanctuary that will thereafter serve as an abode for the Divine Presence throughout the forty-year wilderness journey.  The opening of the seventh chapter of Numbers acknowledges this occasion: It came to pass on the day that Moses finished setting up the tabernacle. . . . In its plain sense, the text is simply announcing the completion of a sacred construction project.

But the Rabbis offer a very different—and beautifully creative—understanding of the verse.  Noting that the Hebrew word usually translated as “finished”—kallot—can also be rendered as “bride,” they interpret the passage as: It came to pass on the bridal day that Moses brought the Divine Abode back to earth.  In this reading, the day of the tabernacle’s dedication marks a miraculous occasion that had never before happened in human history: God’s Presence descended from heaven and took up residence in this world—thanks to the labor of Moses.  Or, to stick with the metaphor, God and humanity are united in a kind of holy marriage.

The midrash describes the scene as a drama of cosmic restoration.  It begins with the Creation, when God fills the world, continues through a series of human failures that exile the Divine Presence, and concludes with seven leaders whose righteous deeds “re-marry” that Presence to the earthly realm:

With one significant revision—which would be to expand the list of righteous to include women and non-binary people—this ancient story might serve as a powerful metaphor for the labor of our own lifetimes.  In a world that feels badly broken—where the Holy One often seems very far away—it is our calling to restore the Divine Presence through deeds of justice, compassion and love.

Conversation Question: What might you do this week to help make the world a more “godly”place?