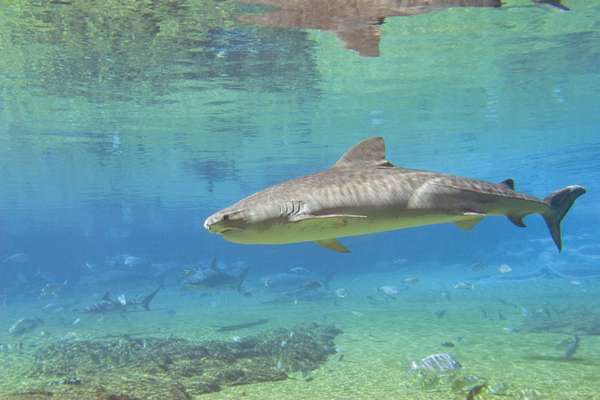 There are a few species of sharks—great whites, whale sharks, makos—that cannot breathe while staying still.  These fish rely on a process known as obligate ram ventilation, which requires them to swim with their mouths open.  The faster they go, the more water is pushed through their gills.  If they stop swimming, they receive no oxygen.  If they don’t move, they die.

Hillel argues that when it comes to learning, we are, metaphorically-speaking, just like those sharks.  There is no neutral zone, no steady state—if we do not constantly increase our knowledge, we lose it.

Life is dynamic.  To fail to move forward is, indeed, to fall behind.  To be fully human—which is to say, to be a mensch—is to continually learn and grow from our mistakes.

The story is told of a rabbi who posed a question to her student: “Two people are perched on ladders reaching from earth to heaven.  One is on the tenth rung, the other on just the second.  Which one is in a better place?”

“That’s easy,” replied the student, “the one on the tenth rung.”

“Not necessarily,” said the rabbi.  “It depends on whether, and which way, they’re moving.”