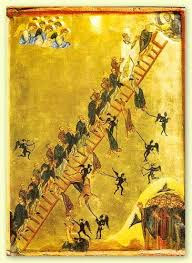 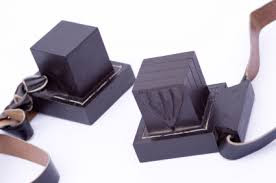 Last week, at a family education session for our Jewish Journeys program, I taught a lesson on tefillin. As I walked around the group with the pair of batim—the boxes that are wrapped upon the arm and the head—I noted that the bayit (box) worn upon the head is made up of four separate compartments, each containing a passage from the Torah. The bayit for the arm-tefillin, by contrast, is comprised of just one large compartment, which contains the same four biblical passages all written on a single strip of parchment.

After making this observation, I then asked the parents and students why they thought the tefillin were configured this way. This is one of those classic Jewish questions—the open-ended kind, with an almost infinite array of “right” answers—and the participants offered some terrific responses. My favorite came from one of our students, Gage Pendleton, who was attending with his grandparents, Freddie Fisherman and Terry McKay. Gage proposed that the four compartments on the tefillin for the head correspond to the four senses associated with the head (sight, smell, hearing, taste) while the one compartment worn on the arm corresponds to its associated sense of touch. I love this midrashic explanation, which points to our senses as pathways to perceiving the presence of God and/or holiness in the world and in our lives.

That sacred Presence is also at the heart of this week’s Torah portion, Va-yetze. On the run from his aggrieved brother Esau, Jacob falls asleep in the desert and dreams of a ladder connecting heaven and earth. When he awakens, he utters one of the Torah’s most memorable lines: “God was in this place, and I did not know it.”

There is a paradox here. Jewish tradition teaches that God is everywhere, all the time. And yet, we are so often oblivious to the Divine Presence. If, as Rabbi Menachem Nahum of Chernobyl teaches, the presence of the Creator is within each created thing, then why don’t we know it? We have this nagging suspicion that God is ubiquitous; we just can't seem to find God.

Perhaps God hides in plain sight. The problem is that we, like Jacob, are so often asleep—even during our waking hours. Our eyes and ears and nose and mouth and hands become so pre-occupied with trivial matters that we forget to notice the holiness that is all around us. God is in our various and sundry places, all of them, yet we, so often, do not know it.

Our challenge, then, is to awaken our senses. Thus the four compartments of the tefillin on our heads and the one on our arms, which remind us that our first and foremost religious obligation is to pay close attention. When our senses become portals to holiness, we can experience the Divine in all things. Thus do we become the heirs of our forefather, Jacob, finding that God was there all along, even when we did not know it.