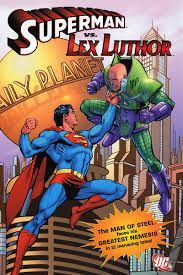 My son, Jonah, recently asked me: “Do you know any bad guys?” Like many boys his age, he is intrigued by the super hero stars of comic books, movies, and TV: Spiderman, Batman, Mighty Morphin’ Power Rangers, and the rest of the pantheon. And as anyone who has ever shared an interest in this genre knows, for every Super Hero there is also a villain—a really evil Bad Guy.

Since I have yet to encounter the Joker, Lex Luther, Doctor Octopus, Rita Repulsa, or any of their ilk, I can honestly respond that my experience with Bad Guys is, thankfully, quite limited. As a boy, I liked the Justice League just as much as Jonah now does, and I still enjoy the guilty pleasures of a clear cut, black and white, good vs. evil story like Star Wars or Lord of the Rings. But as Jonah gets older, I want to offer him a more nuanced approach to morality. These days, I tell him that while I have met a very few truly Bad Guys (and Gals) in my fifty years, I believe that far more often, the problem is that basically decent people sometimes do bad things. As adults, our lives are not populated by either Super Heroes or Arch Villains; they are, instead, filled with ordinary men and women who are a mix of good and bad—just like ourselves.

This week’s parashah, Toldot, tells the story of Jacob and Esau. As twins, they begin as bitter rivals even before they are born, struggling for pre-eminence in Rebecca’s womb. Over the course of Jewish history, our sages come to equate Esau with pure evil; he becomes the archetypical anti-Semite, a symbol of the oppressive Roman empire and later medieval persecutors of Jews. But this is an anachronism. I find the biblical character of Esau to be rather sympathetic. He may not be the sharpest tool in the shed, but he is not a typical villain, nor is his brother Jacob—our conniving and devious forefather—a typical hero. As Rabbi Harold Kushner notes: “The twins are complementary, each representing one-half of a complete personality, each having qualities the other lacks and lacking qualities the other possesses. . . When the Torah describes them as struggling within Rebecca’s womb and continues to portray them as rivals growing up, it may be telling us that these two sides of many people are struggling within each individual for dominance.”

In other words, life—and morality—is complicated. We all contain both Jacob and Esau, even as each of them contains the other. We are capable of both heroic acts and callous cruelty. Our challenge is to rein in our evil instincts and inclinations, to act on the basis of what Abraham Lincoln aptly called “our better angels.”

Or, as I might say to Jonah: “I’ve met both Bad Guys and potential Super Heroes—in my own mirror.” The challenge is to incline toward the Super Heroes.