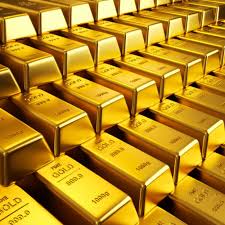 Last week, I raised the second of Ben Zoma’s famous four Talmudic questions: Who is powerful? Thank you for sharing your insights and answers, which will make their way into my sermons on Rosh Hashanah and Yom Kippur.  Please keep them coming this week!

As promised, the answer to last week’s query: Who is powerful?  Those who control their passions.

Now, on to this week’s question: “Who is rich?”

By the standard measure, Bill Gates.  He recently regained the title of world’s wealthiest person, passing Mexican telecommunications mogul Carlos Slimm and Warren Buffet.  To his credit, Gates is also one of the world’s most generous people, donating huge sums of money to his charitable foundation and encouraging fellow billionaires to do the same.  Gates’ current net worth is estimated to be $72.7 billion.

But one might ask: who cares?  Forbes magazine notes that in 2013, there were 1426 billionaires in the world.  What difference does it make where one ranks on that list?  A billion dollars is an unfathomably large fortune—surely more than anyone could spend in a lifetime.  So who cares whether one is worth one billion or fifty billion?  At this level of wealth, it all becomes a kind of game.

But maybe money is not the best measure of wealth.   A person can be rich in many other, more important things: experience, knowledge, family, love.  As the competition over ranking on the Forbes list demonstrates, if the goal is the pursuit of money, there is no end.  Unless you are Bill Gates, there will always be someone else with more.

When Tevye sings, “If I Was a Rich Man,” we empathize, because he is a dirt-poor dairy farmer.

But when rock star, actress and fashion-designer Gwen Stefani sings her version, “If I Was a Rich Girl,” the effect is either ironic or ridiculous because she is, in fact, a very, very rich girl.

Send me your thoughts at rabbidan@ahavathbethisrael.org
Posted by dan at 7:01 AM