Monday at the Zoo 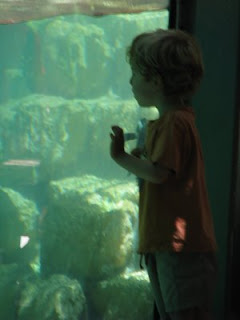 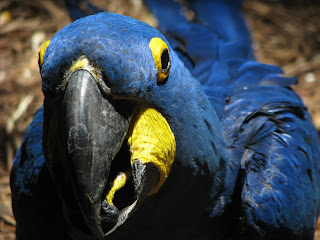 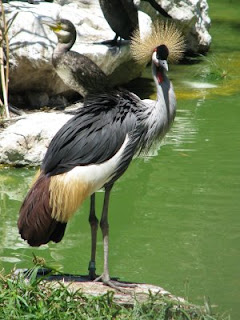 The last time I was at the Jerusalem Zoo, eight years ago, it was during the Pesach holiday, and the place was utterly mobbed by large families of ultra-Orthodox Jews.
Today, it was a whole lot quieter.
It's a beautiful zoo, built into the side of a steeply-sloped part of the Judean Hills, on the outskirts of town. While it is not huge, it is spacious, meticulously-manicured, and well-designed. One gets the feeling that the animals are well-cared for here, and they are not confined to small cages as they are, sadly, in so many zoos.
And one of the best parts is that there is a focus on animals of the Hebrew Bible. In addition to the usual information about range, habitat, life expectancy, etc, the informational signage also includes verses from Scriptures that mention the animal on display. It is fascinating to be in Jerusalem, looking at the hippos in the African savannah exhibit, and encounter a verse about these enormous beasts from the book of Job. One realizes here, as in so many places in this city and nation, that Torah is very much a part of every day life, with echoes of the past constantly exerting influence over the present and future. As William Faulkner said of the American South, all the more so here: "The past isn't dead. It isn't even past."
Not even at the zoo.
Posted by dan at 12:17 PM