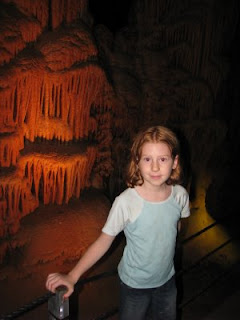 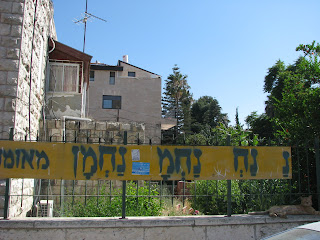 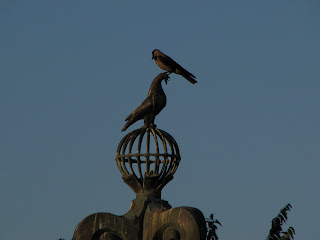 It has been a busy time here in Jerusalem. We've been settling into our apartment in Bakaa, and getting into a regular rhythm of life. Our neighborhood is in a great part of the city. It's peaceful, filled with chic shops and cafes, and lots of English-speakers. And a mixture of religious and secular that is becoming increasingly unique in this rather polarized city. I've been enjoying praying at Kol Haneshama, which is the local Reform synagogue. The singing is amazing, and the community is very spirited. Plus, it is about a six minute walk from the apartment, which is a real luxury.
I've been missing playing music. I have no access to a piano or banjo, so last week, I bought a cheap guitar and have been teaching myself how to play, taking lessons over the internet. I'm not going to win any awards, but it's keeping my fingers limber, and I'll have some good callouses for when I get back to the banjo upon returning home. And I've really enjoyed it.
This week, Jerusalem is hosting a "festival of light." No, it's not Chanukah in June. Scattered throughout the Old City are a bunch of artistic installations, created with various forms of light. Two nights ago, we did a tour, and saw some rather extraordinary pieces. It was great just to be able to walk through the narrow alleyways of the Old City at night, and to see so many Jerusalemites doing the same, savoring a night out on the town with their families. The pieces themselves made great use of the historic sites, playing with the natural light of the Jerusalem stone, which gives the city it's nickname, Jerusalem of Gold. I'm attaching a movie piece which I took at the show; it involved a kind of sound and light projection, literally onto the walls of a one thousand year old building.
Since yesterday was our anniversary, Janet and I went out to eat at Darna, a very authentic Moroccan restaurant. It was really fun to have a relaxed meal of unusual tastes, with exotic salads and couscous and delicious, sweet Moroccan tea.
Today, we took a pre-Shabbat drive to Ma'arat Ha-Netifim, the stalactite cave just outside Jerusalem. Entering the cave, one descended into another world. The formations were fantastic, and it was, in some ways, similar to diving in Eilat: a kind of dreamscape. Plus, it was very pleasantly cool on what was, outside, a sweltering day.
A remarkable feature of Israel is that, while small, it seems to have a little bit of everything, from coral reef to underground caves. There is one mountain for skiing, one golf course, one grotto by the sea. . . you get the idea. So much to see in such a compact bit of land.
This coming week, we are off for a week-long tour of the Galilee, in the northern part of the country. I'll try to post something from there. Meanwhile, Shabbat shalom to all.
Posted by dan at 7:14 AM

Rabbi-Shira is leaving for Israel June 20. Has nowhere to stay initially, will be touring with Soul Train. Please contact her. I have been printing off your blogs for her and Vern, since neither are computer friendly.
We miss you!!! However, we have decided our Torah study group must do one d'var Torah per month when you return. You can't have them all!