A Garden Story--Part One: Ardor for Order (Rosh Hashanah Eve) 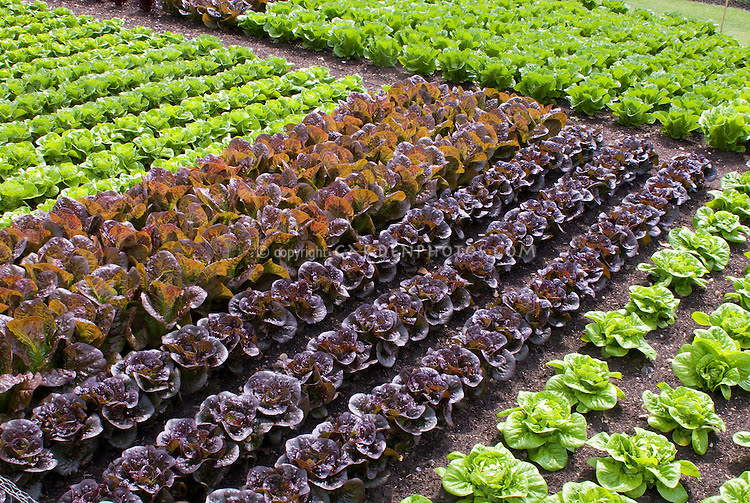 Hayom harat olam—Today is Rosh Hashanah, the birthday of the world. Which is to say, my birthday, for that is what this new year celebrates—the formation of humankind on the sixth day of creation.  Before I was born, God spent five and a half days—give or take a few billion years—creating light and darkness, heaven and earth, land and sea, trees and grasses, sun and moon and stars, fish and fowl, beasts and cattle and creeping things.  Finally, on the sixth day—today—the first of Tishrei, God made me.

And so it was.

But not with me.

I, the only creature to share God’s gift for speech, was not born of that gift. God formed me from dust and ashes, red clay animated by divine breath.  Then God set me down in Eden, that same clay firm beneath my freshly-molded feet.

“What am I?   And what are you?” I asked, my tongue miraculously shaping syllables even as my eyes adjusted to the luminous world.

“You are Adam, born of earth—of adamah.”

Sometime down the road, after the exile, I found the courage to question God: “Why did you make me out of earth rather than words, like everything else?”  God laughed and said, “Because only you and your descendants will need to remember your roots.  The rest of my creatures will never forget their connection to this earth and one another.  They know, and are content to be, exactly what they are.  But not you, Adam.  You desire more, and your aspirations are both noble and dangerous.  So heed my warning:  When you recall your humble beginnings, your striving will bring greatness; when you forget, tragedy awaits.”  At the time, I didn’t understand a word of this.  Only after countless years had passed—after I had grown old and celebrated and suffered and endured—and seen my children and grandchildren do the same—only then did I learn to take comfort in the chill of clay that shivered through my shoulders, bowed my spine, and muddled my knees, reminding me of my origins.

But I digress. . . all of that came later.  At first, everything was new and confusing—and I was alone.  I cried out longingly to my Creator: “What am I doing here?   And what should I even call you?”

Then I saw the ravens, roosting in the treetops.  They were black as the darkness that covered the face of the deep before it all began, but their calling to one another filled me with laughter and light.  “Caw, caw,” they cackled, and in the stillness that followed, I became aware of the sound of my own breathing.

In that moment, I felt my breath as raven’s song, as water and wind and time.  As God’s breath.  It was, at once, utterly mysterious and intensely intimate.

Silence—except for my breathing.  And then, finally, a reply, in the still, small spaces between each breath: “Help me.”
My calling was to help Yah, to be Yah’s partner in creation, to work and watch over it all as Yah’s hands on the ground.

I began slowly, learning from the Master.  I considered the way that Yah created, speaking and sub-dividing heaven and earth into ever-smaller binaries: light and dark, upper and lower waters, land and sea, sun and moon, plants and animals, each according to its kind.  Studying those separations, I saw that they all required some sort of wall to buttress order against entropy.  I realized life depends upon havdallah, the ongoing task of setting and maintaining boundaries.  A world undivided cannot stand; for life to feed and reproduce and sustain itself, there must be division, with membranes that distinguish one thing from another.  Even within the gates of Eden, I could see how difficult it was to maintain the created order against the chaos that constantly threatened to wash everything away.

Only after waiting and watching for what seemed a very long time, did I take my first, tentative step to act as Yah’s partner.  Like Yah, I started with the waters.  A river issued forth from the center of the garden.   Immediately after bubbling out from under that strange tree that Yah had told me to avoid, the stream split into four branches, dividing Eden into quadrants.  So I surveyed the garden accordingly, exploring each of its four regions, observing their flora and fauna.  Learning the lay of the terrain from whence I came.

At first I stayed close to the riverbanks, clinging to their well-defined ways for fear of getting lost.    Finally, I mustered the courage to venture away, steadily treading out a network of trails with my footfalls.

But what to make of it all?  It was wondrous and incomprehensible, so vast and intricate, beautiful and terrifying.  “Work it and watch over it,” Yah had said, but as I walked between the rivers, I was completely overwhelmed—inundated with sights and smells and sounds, reeling under the ever-changing wind and weather.  Where to begin?  How to create?

That’s when Yah called to me again, in that same still, small voice that somehow cut through the chaos, proclaiming: “If you wish to know, name.”

If you wish to know, name.

And so I did. Like Yah, I used words to shape my world.  First, I called the rivers: Pishon and Gichon, Tigris and Euphrates.  Next, the elements: Earth, Air, Fire, and Water.  Faster and faster, things—and their names—came to me.  I found my mission—sorting through Yah’s immense creation as it cascaded before my eyes:

For the first time in my young life, I felt purposeful—and powerful.  As I defined new realities with my words, I could sense Yah’s presence surging within me. How I delighted in his extraordinary gift—this miraculous capacity to transform sound and fury into butterflies and birdsong!

Yes, I thought, enraptured, to name is to know, and to distinguish is divine.

Over the ages since that distant day in the garden, you, my descendants, have followed in my footsteps.  For you, too, create with words that bind, distinguish, and define.  Like me, you enlist language to stave off chaos, listening between breaths to learn who you are, and what you are called to do in this world.   My children, you have taken up my mantle.  And so tonight, on Rosh Hashanah—my birthday—you celebrate our creation, and our uniquely human powers, passed down to you from Yah, and me, in this sacred season.

Hayom harat olam—today the world is born—as you gather to review, renew, and re-create your lives with words.  You make your cheshbon nefesh, your spiritual accounting, divvying up your choices in the past year’s ledger: what to keep and what to discard, mitzvahs and misdeeds, successes and failures, what you’ve been and who you want to be.  You name your transgressions, recite that extended list of al cheyts, with the hope that in so doing, you can better know—and grow beyond—them.  You establish healthier boundaries to guide your conduct.  And you fend off entropy with conscious and conscientious action.  Which is to say: you take the inevitable messes you’ve made in another year’s passing and try, once again, to give them shape, to make some fleeting sense of it all.

To distinguish is divine.  To name is to know.

But, my children, I would be remiss if, before taking leave of you, I failed to note that naming and knowing come with one significant catch: to distinguish may be divine, but it is also a terribly lonely task.

For all those separations take their toll.  The boundaries that enable life come at considerable sacrifice.  Even while I was still in the garden, identifying and defining things with wondrous ease, a part of me already longed for the primal, undivided world.  The moment I started naming and ordering the first plants and animals, I felt myself detaching from everything else in Yah’s creation.  Seeking to know the earth, I separated myself from it.  I wondered whether maybe Yah, too, was lonely, after setting so many boundaries to make room for the world.  Perhaps feeling lonely at the end of the day moved Yah to make me.

Now Yah and I were lonely together—at least until she arrived. . .


the formation of humankind on the sixth day of creation: According to the Rabbis, creation began on the 25th of Elul. . .

give or take a few billion years: Rashi famously warns against reading the creation narrative as history or science, noting that we should not take the order of events literally.  By way of example, he points to the verse in Psalm 90 which notes that one “day” in the eyes of God is like a thousand years in human terms.

Finally, on this very day: The Rabbis take two opposing views on why humanity was created last.  One perspective sees us as the “crown of creation”, with all that preceded us analogous to a banquet awaiting the last minute appearance of the special guest for whom it is made.  Others, however, suggest that we are created last—after the lowliest insects—to help keep us humble when we are inclined toward hubris.

You are Adam, born of earth: It is hard to translate the play on words.  Some have tried “Human from humus”

As long as you recall your humble beginnings: Commenting on the Genesis1:28, and playing on the Hebrew word for “dominion”, u-r’du, commentators suggest that if we are good stewards, we will exercise dominion, but if we are irresponsible, then we will fall lower than any other created thing.  For more on the issue of dominion, see Jeremy Cohen’s excellent book, Be Fertile and Increase, Fill the Earth and Master It: The Ancient and Medieval Career of a Biblical Text

Yah, the Breath of Life: I first read of the connection between the Divine Name and breathing in a passage by Arthur Wascow.

to work it and watch over it: Genesis 2:15.  This critical verse speaks of humanity’s role vis-à-vis the rest of creation.  In Hebrew, l’avdah u-l’shomrah.  Also sometimes translated as “to till and to tend.”

Sub-dividing heaven and earth: Aviva Gottlieb Zornberg speaks of creation via separation in very insightful detail in her book, Genesis: The Beginning of Desire

A world undivided cannot stand: See Evan Eisenberg’s tour-de-force, The Ecology of Eden, which notes that at every level—from cells to eco-systems, life depends upon boundaries.

A river issued forth from the center of the garden: See Genesis 2:10.  In her book, A River Flows from Eden, Melila Hellner-Eshed notes that this is the most oft-quoted Torah verse in the Zohar.

Tigris and Euphrates: the usual translation of Chidekkel and Prat.  The other two rivers named are not associated with any actual, historical rivers.

stave off chaos: On the enduring power of chaos to trump Divine order in the world, see Jon Levenson, Creation and the Persistence of Evil: The Jewish Drama of Divine Omnipotence.  My one critique of Levenson is that he tends to identify chaos with evil; I don’t necessarily make that moral connection (which will be obvious in following sections).

to distinguish may be divine, but. . . : Zornberg notes: “From a midrashic perspective it seems that havdallah—separation, specialization, the formation of difference and opposition—is generally achieved at some sacrifice.  When, for instance, the lower waters are separated from the higher waters on the second day of creation, the lower waters are described in midrashic sources as weeping. . . The idea of separation and difference has a tragic resonance: gone is the primal unity of “God alone in His world.”  New possibilities, new hazards open up.”

I wondered whether maybe Yah, too, was lonely: See the chapter “Tales of a Lonely God” in Peter Pitzele’s Our Fathers’ Wells: A Personal Encounter with the Myths of Genesis