Since I have been approaching our Lithuanian pilgrimage as a metaphorical journey upstream and back in time, it seemed fitting for Rosa and me to spend our last full day in New York where our ancestors' American saga began: Ellis Island.

Actually, the first family members to come to the New World--Rabbi Shimon and Hannah Brager Finkelstein and their children--arrived before Ellis Island opened for business in 1892.  They passed through its predecessor, Castle Garden, on the Battery at the bottom of Manhattan Island.  We met our tour guide, Matt, there, before boarding the ferry.  It's now known, again, by its earlier name, Castle Clinton (no, not Bill and Hillary--New York's sixth governor, DeWitt Clinton); from 1855 until 1890, it was the primary portal for immigration to the United States, a gateway for over seven million new Americans. 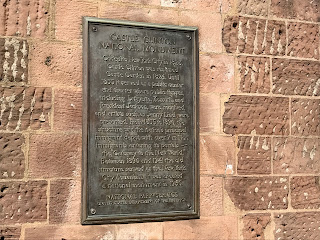 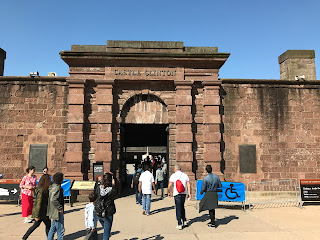 From there, we caught the ferry to Liberty Island, home of the Statue of Liberty.  I have seen this renowned American icon from a distance on numerous occasions, but never visited up close.  Now, as I retrace my ancestors' journey--in an age in desperate need of symbols (and actions!) that embrace the immigrant experience--the time seemed right. 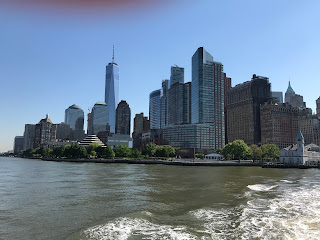 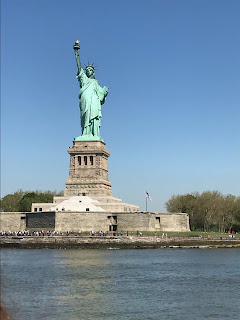 Lady Liberty did not disappoint.  Rosa and I were both struck by her power and elegance.  It still brings tears to see her, torch-raised, welcoming new Americans.  She was a gift from France, intended for America's centennial celebration but completed ten years late, in 1886--and well over a century later, she remains a potent and inspiring icon of audacious hospitality.  I can hardly even imagine what it would be like to behold this beacon upon first landfall after an arduous two week sea passage in steerage!  Now, more than ever, we need the words penned for her pedestal by the Jewish poet Emma Lazarus:

Give me your tired, your poor, your huddled masses yearning to breathe free,
the wretched refuse of your teeming shore.
Send these, the tempest-tost, to me.
I lift my lamp beside the golden door! 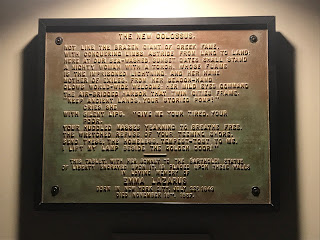 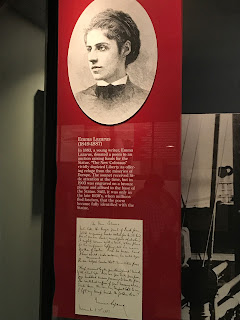 Our next--and last--stop was Ellis Island.  We toured the Great Hall, where terrified immigrants were questioned and inspected, their fate left in the overworked hands of immigration officials struggling to keep up with the flood of newcomers. 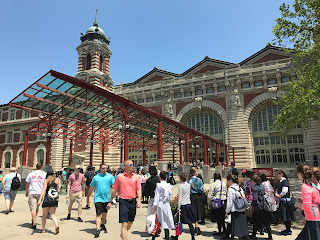 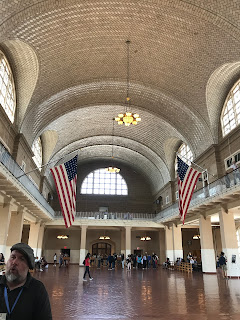 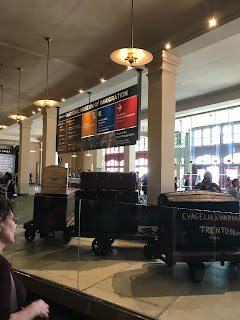 We walked through fascinating exhibits on the American immigrant experience.  As our tour guide explained it, the greenhorns quickly learned three very important truths:

Rosa and I spent half an hour in the genealogy research center.  I found the records for Yehuda Tzvi Finkelstein, who, as I've noted earlier, arrived in 1906 with his daughter Reise, son-in-law Solomon Lasdon, and their seven children.  I also found the manifest for my great grandfather, Rabbi Mendel Finkelstein.  To my surprise, I learned that he came alone, without his wife Toba Nakka Kagan Finkelstein and their children.  Mendel arrived on the ship Moravia out of Hamburg, at age 32, then headed for Cincinnati, where his brother Shimon was serving in his second American pulpit.  I can only conjecture that Toba and their daughters must have come over shortly thereafter, as my grandfather, Joseph, was born in Springfield, Ohio in 1895.

It is worth noting that the family name survived the Ellis Island experience.  Our tour guide taught us that this was the case more often than not; stories of immigration agents changing or even abbreviating immigrants' names turn out to be grossly exaggerated.  Far more commonly, the immigrants changed their own names, later, as they--or their children--sought to assimilate into American culture.  Here in America, my great grandfather Mendel became Emil and my great grandmother Toba became Tillie, but they remained Finkelstein.  It was my grandfather, Joe, who shortened it to Fink, upon the advice of one of his professors while he was in rabbinical school.  I have always found this humorous.  Was he worried that "Finkelstein"  was just too Jewish a name for a rabbi?!

Yet this, too, is part of the American Jewish story--and that of other immigrant groups as well.  If name changes were not typically imposed by government officials, they were strongly suggested by historical times and circumstances.  It was the age of the melting pot, and the new immigrants and their children dearly wished to fit in.  My life--and my family's--provide dramatic proof of their success in that endeavor.  Their efforts to Americanize succeeded wildly.  I am the beneficiary of their labors, and I will always be grateful for the sacrifices that they made.

But something was lost, too.  Can it be regained, in some form?  I hope so.  In that spirit, I will end this last American passage of our journey with a favorite poem by Michael Blumenthal:

Today I was thinking about the millions of letters
that must still be floating around Ellis Island--
of Mrs Rubin, the butcher's widow, who lost her witz

when she disembarked from Bialystok, of Mr. Slavin,
whose ski was taken from him when he arrived from Kiev,
of the millions of steins and thals and bergs and schlags

that are still floating in those waters, and of what
they must be thinking these days in late April
when the moon hangs like a tired sickle in the sky

and the earth trembles from all its corners like
an old sheet, and even the once-simple syllables
of men and women do not know, anymore, their place

in the wide world of flux.  I think of those letters
floating like flotsam in that dimmed sea, and of all
they have survived during their shaken hours--

the kelped and sewaged light; the harsh embrasure
of cold ships; the ransacked air of old bottles and smoke
that must, these many years, have surrounded them;

the deaths, even, of the larger names they fell from.
Sometimes when all hope seems to fall from my life
like a syllable ripped from a name at Ellis Island,

I think how they must rise into the dank air like songs
even the dead can sing from their old beds of longing,
how they are willing to stand for the old ways in a

vast sea of hype and incontienence, how they are able
to forgive everything over the wild din of all that has
fallen from them.  I think of those syllables each day,

when my heart grows heavy as a stone and I look up
to ponder what survives in the end: the floating witz,
the ever-rising berg, the revivifying thal. 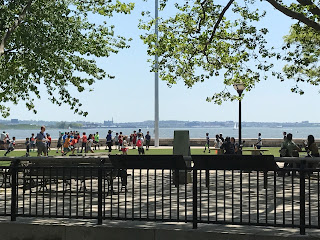 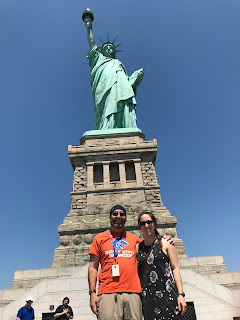