One hundred and eleven years ago, Rabbi Yehudah Tzvi (Judel) Finkelstein departed Lithuania on a long sea voyage to join his family in the New World.  He was 82 years old, and like biblical Abraham and Sarah and countless other immigrants before him, he was leaving his land, his birthplace, his ancestral home, never to return.  For Judel Finkelstein, the passage to America was the beginning of a challenging late life adventure.  He would find himself an aged stranger in a strange land, where he did not speak the language or understand the culture. Born in Keidan, he is buried in Queens, amongst many who shared his fate.

Today, after a little over a month in Lithuania, I am heading home by jet plane via Helsinki and Reykjavik.  Janet, Rachel and Jonah left yesterday.  Rosa flies to meet her boyfriend, Ben, in Amsterdam, then on to Tel Aviv, where she will be living. I will return to the comfortable, familiar and privileged life that I live as an American after a month-long odyssey on the rivers of my ancestral homeland.  I am immeasurably blessed by the choices of those who came before me; if Judel's son and daughter-in-law, Mendel and Toba had not left Lithuania, they and their children would have almost inevitably perished in the Shoah along with 90% of their Litvak friends and neighbors--and I would not be here.  As Rabbi Abraham Joshua Heschel taught: "Just to be is a blessing.  Just to live is holy."  I am so grateful for that holy blessing granted to me by my forebears' choices.  To be able to return to their native land and explore my roots is to be doubly blessed.

I owe my highest gratitude to my father, Rabbi Arnold Fink, z"l, for planting the seeds of this journey.  Wherever I went in Lita, by river and by land, he traveled with me.

I am deeply thankful to the multitude of Lithuanians who have aided, supported, and inspired me along the way.  It would have been a very different and diminished trip without your manifold kindnesses.  There are too many of you to recognize by name.  Aciu labai.
I will, however, single out one who truly went above and beyond, giving inordinately of his time, resources, and expertise: the incomparable Justas Pipiras, who runs the Vilnius kayak company Pipiro Baidares.  I cannot even fathom this expedition without you.

Finally, to my family: Your love leads the way.

Tanya, Mom, Jon and Julie: Your interest and support from afar never failed to inspire us.
Janet, Rachel and Jonah: You were a lifeline back home, and I am inordinately grateful to have been able to share the end of the journey with you.
Rosa: My co-traveler who shared every heartbeat, rainstorm and paddle-stroke.  We did it, together.  Unforgettable.  For me, the trip of a lifetime. 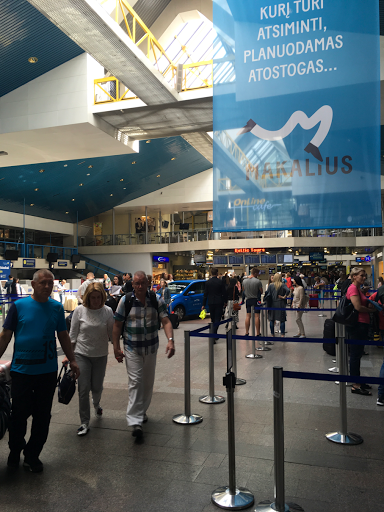 So what did I learn along the way?

I suspect it will take me many months to even start to sort through the barrage of thoughts and feelings running through my little brain.  For now, then, just a few, brief parting impressions.

Our past--the elaborate forking path of choices that both we and our ancestors have made--largely determines who we are.

No one in my family has set foot in this land for over a century, and I did not come until well into middle age.  Yet I am a Litvak.  I am a son of Kovno and Slabodka.  I am a Keidaner.  I embrace the legacy of passionate Jewish commitment, rationalist inquiry, and ethical self-examination (through Musar).  I am conflicted: a Zionist, a Yiddishist, a Bundist, a lover of both tradition and Enlightenment.   That legacy has shaped me.

Lithuania's pagan roots--embodied by the national love of forests and rivers--also run deep in my blood.  I want to claim the rabbinic scholarship of the Slabodka Jews, the spirit of the blue collar Jewish boatmen who floated lumber down the Neris, Nevezis and Nemunas rivers, and the naturalism that thrived here in Europe's last pagan outpost for many centuries, before either Judaism or Christianity arrived.  Mine is the Judaism of the cities, Vilna and Kovno--and also the rural shtetlach.  I treasure the sacredness of wood and water, history and nature.

Like trees, we are stronger when we recognize that our roots run deep.

Like Walt Whitman, I believe that we are all large, containing multitudes.

I am a product of a rich and contradictory past, tragic and joyous, that brought me to my present life, my family, my community in Boise, Idaho.

But history need not be destiny.

Teachers like Laima Ardaviciene and Rimantas Zirgulis--and countless young, thoughtful and intellectually-curious Lithuanians I have met along the way--remind me that despite the inexorable influence of the past, we choose and create the future that we will inhabit.

The Litvaks are almost all gone.  There is no restoring the Jewish life that thrived here for centuries until the Shoah.  What remains?  A few small communities, mostly ruins, some pictures--and oceans of words, in Hebrew and Yiddish and Russian and Polish and Lithuanian.  Poetry, philosophy, politics.  Torah and Talmud.

To travel through Lita as a Jew is to largely explore a world of ghosts, words, and wreckage.

But today's Lithuanians are beginning to acknowledge and learn from that ghost world and words. They are doing what they can to redeem the tragedy of their history.  Haltingly and imperfectly, as all such efforts proceed--but with real purpose and hope.

And the Jews who are here--some descendants of the tiny fragment who survived the Shoah, others who have chosen to settle here in the shadows of pre-war Lita--are building and sustaining meaningful Jewish lives.  Vilna is not likely to ever again be an epicenter of Jewish culture and community, but those who dwell here--and in Kaunas and Klaipeda, Panevezys and Siauliai--can and will carry on the tradition in their own significant ways.  Just as people do in so many places on the periphery of Jewish life--like Boise, Idaho.

I have learned that truth is complicated.

Does the tragedy of Lithuanian suffering under the Soviets in any way excuse or mitigate Lithuanian collusion with the Nazis in the Shoah?

Still, I do not want to play the game of comparative martyrdom.   It is a contest that no one wins.  The history--the tragedy--of Lithuania is complex.

Too many Lithuanians joined the Nazis in killing Jews.  Too few risked their lives to save us.

I am not judging.  I do not know what I would have done if I had been in their place.  I pray that I am never forced to confront that choice--though in Trump's America, it feels closer than it ever has before in my lifetime.

I live on land stolen from the natives who resided there before the Europeans arrived.  Who am I to cast stones?

Judgment doesn't help.  It's not about being right.

It is about acknowledging and accepting responsibility.

Life is not neatly divided into heroes and villains, bystanders and upstanders.

I hope, nonetheless, that I return home a better upstander.

If you can tweet it in 140 characters, it probably isn't (wholly) true.

Yes, I realize one can tweet that.  So take it with a grain of salt.

A few days ago, I wrote about the words that we recite when we finish a book of the Torah: Chazak, Chazak, v'nitchazek--Be strong, be strong, and let us be strengthened, together.  I pray that I return home strengthened by this journey.  Today I am thinking of another prayer of completion, the short Aramaic recitation upon concluding a tractate of Talmud, known by its opening word,  Hadran: 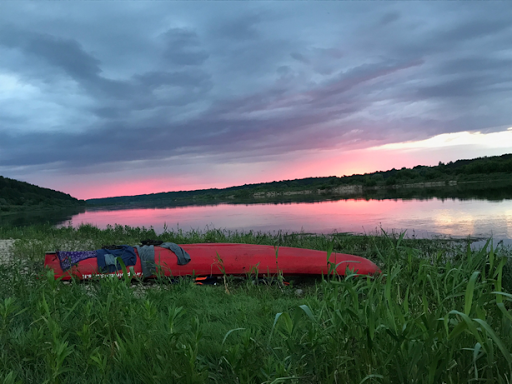